What Kind of Synths Did Daft Punk Use?

For music made by a couple of “robots”, the process behind the creation of Daft Punk’s music is surprising human. Fortunately, when Guy-Manuel de Homem-Christo and Thomas Bangalter removed their helmets, they weren’t shy about revealing the process behind their interstellar sonic projections. Let’s pull back the curtain on the Daft Punk software and hardware used over the years.

Now, folks have written doctoral theses on the gear used to craft their 4 studio albums, (5 if you include the Tron: Legacy Soundtrack). But what’s most surprising is that what most people presume to be samples, are actually recreations of the original sounds using vintage synths and hardware. Daft Punk weren’t opposed to using any kind of technology, as long as what they were using was creating something original. The French duo’s dedication to authentic sound only grew stronger throughout the years – straying from emulators, but having no qualms about using software to create a unique sound.

So, if asking whether Daft Punk used software plug-ins in their creations, both live and in the studio, the answer is “minimally”. Outside of Pro Tools plug-ins, and the obvious use of Autotune, the only real software that the duo has admitted to using is Ableton; specifically for running Operator in Ableton Live. Impressed even by the plug-in delay compensation on Ableton 2.0, (the newest version is Ableton 11.0), Bangalter would use Ableton effects “to make it sound warmer and crisper, or dirty.” And after praising the unique soft-synth plug-ins on the platform, he remarked that “The rule is: There are no rules. That is definitely the case for the freeform piece of software that is Live.”

For a mantra that essentially was focused on the quest for unique and authentic sound, one could only imagine what would arise if the robots plugged themselves into Cube. Their creative process always pushed the limits of the available technology at the time, and the evolution of tech since their final release in 2013 has leaped forward exponentially. In a Japanese interview from 1999, Bangalter describes their recording process at the time:

“In the first step when making music with hardware, it goes through the mixer and the compressor and is recorded on the DAT. After that, effects are put on the sound source before going into the mixer to be recorded. We don’t use the AUX on the mixer.

The second step is directly putting the sounds from the DAT into the S-760 sampler and editing/cutting the two tracks into however many pieces, like hard disk recording.

Lastly, we recorded it directly from the S-760 to the DAT. From here we do the rest with the Macintosh.”

As I myself was primarily impressed by how smoothly Minesweeper operated on my Macintosh in 1999, the concept of using it to create Discovery, one of the greatest electronic music albums of all time, is beyond my degree of comprehension.

So, if their aversion to emulators was steadfast throughout their career, the question is then what hardware did they deem essential over their near 30-year existence? As could be imagined, the list of gear is exhaustive. Big budgets, patient timelines, and a steadfast dedication to finding the right sound all mean that there must be a massive spot somewhere housing all their gear from over the years. However, if you run down the comprehensive lists of tools used for albums and live performances, there are a select few instruments that they were dedicated to throughout their complete timeline.

Released in 1984, the deep analog sound of the 106 has made it one of the cornerstones of the early synthesizer era, and one many producers still pine deeply for. It’s popped up on nearly every Daft Punk album, but most notably on “Rollin’ & Scrathin’” from 1997’s Homework.

One of the shoe-in faces on the Mt. Rushmore of synthesizers, the Prophet VS was Sequential Circuits’ one and only synthesizer. With a broad range of sound that defined much of pop radio in the early 1980’s, it’s still highly sought after by high-level producers and basement bong-hitters alike. You can hear it on some of Daft Punk’s definitive classics like “Da Funk” and “Around the World”.

The definitive sampler-synthesizer of the early years. With a processing rate miles above anything else at the time, Duran Duran would have been an acoustic folk group without it.

A 90’s sampler-synth that really spring-boarded the use of sampling in the studio. The golden age of hip-hop may have fizzled to nothing if it weren’t for the ASR-10, and despite future versions being clear upgrades, Daft Punk stayed loyal to the Ensoniq throughout their career and lauded how it felt physically.

Year after year, the S-760 has stood as the sampler hardware for both studio and stage producers. Daft Punk was never seen without it.

There’s a reason Kanye named an entire album after the 808. Despite only being manufactured between 1980 and 1983, nobody has yet to fall out of love with both the sound of the 808’s beats as well as its’ ability to create your own rhythms instead of relying on presets. Daft Punk never let go of their affinity for it; even in 2013 they used it as the heart of “Doin’ It Right”.

Daft Punk pushed musical innovation over their lifetime and stressed the importance of blurring the lines between the analog and digital world. Perhaps one day they’ll reboot themselves, and we’ll get to see what their robot hands do with an ever-expanding world of future tech. For comprehensive overviews of gear used and the recording process for each of their albums, I recommend the links below. 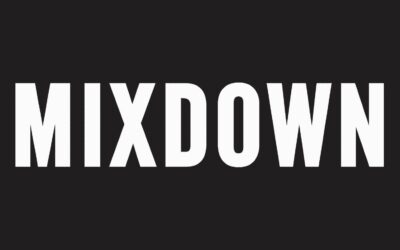