How to Sample: A Guide to Sampling Music


August 30, 2022

Tutorials
How to Sample: A Guide to Sampling Music

Sampling is the magic that comes from taking a previously recorded sound and repurposing it into a new musical context.

When getting started, avoid the temptation to download tons of sample packs and libraries. Begin by learning the fundamentals. Sampling is reusing an existing sound recording as an element in a new recording. With more knowledge of the history of recording, you’ll have a better musical palette. We’ve gone through sampling’s history before, and we’ll cover similar territory here for context.

The Origins of Sampling

Sampling emerged as a prominent technique in the 1980s, after more experimental usage in the musique concrète movement in the 1950s. It eventually helped forge several genres of music, particularly hip hop and electronic music. With each new generation of artists and technology, its techniques continue to expand.

The Fairlight CMI changed everything when it hit the market in 1979 as the first digital sampler. The Sydney-based company actually coined the term “sampling” when it introduced the CMI. Competitors quickly introduced products that pushed the envelope, most notably the E-Mu Emulator and the Akai MPC hardware sampler. When DAWs introduced even more sophisticated sampling features, the floodgates burst open.

At a high level, there are two basic approaches to sampling.

Phrase-based sampling starts with a complete musical phrase. This could be a drum beat, an individual drum hit like the kick drum, a bass line, a vocal, or a full arrangement. The phrase is typically looped in the new track. Early on, DJs sampled songs and looped breaks for MCs to rap over. And while rhythmic drum breaks became the foundation of phrase-based sampling, the technique quickly expanded. Isolated instrumentation, full bars, or even complete songs became the norm.

The best samples never die. In terms of drum loops, the ubiquity of The Incredible Bongo Band’s “Apache” break is topped by the purported 1,500+ samples of James Brown’s “Funky Drummer” break which itself is dwarfed by the supposed 5,000+ samples of The Winstons’ “Amen Brother” break.

When phrase-based sampling is used properly, famous riffs can take on a mirrored, alternate form. Think of how Lou Reed’s “Walk on the Wild Side” turned into A Tribe Called Quest’s “Can I Kick It.” Or how Chic’s “Good Times” turned into The Sugarhill Gang’s “Rapper’s Delight”. Queen’s “Under Pressure” became Vanilla Ice’s “Ice Ice Baby”. Funkadelic’s “Can You Get to That” transformed into Sleigh Bells’ “Rill Rill”… the list goes on.

Sampling as an Instrument:

While phrase-based sampling often highlights the origin, sampling as an instrument tends to focus on the mystery of a sound. A producer can take a very short song snippet, then repurpose it as either a percussive or melodic element. The sound could be combined with others to create a new beat, or just used in an isolated moment.

For example, listen to Icelandic band, Múm, using the sound of a pool ball to start their 2002 song, “Now There’s That Fear Again.” They then develop an entire beat based on a Zippo lighter opening and closing:

Repurposing copyright-protected music requires legal clearance. This is especially important (but not limited to) easily recognizable tracks. We’re going to skip the scary stuff here, but check out what Spotify and LANDR have to say about avoiding copyright infringement claims.

Just remember to do your research. Copyrights expire but can be repurchased, and laws (and penalties) may have change over time. You can avoid these concerns with royalty free samples from companies like Splice (although even those aren’t foolproof – more on that here).

How to Find and Create Samples

Now that we have the general context of sampling, let’s look at how to find and create samples. Methods vary slightly for phrase-based sampling vs. sampling as an instrument.

Phrase-based sampling relies heavily on your personal taste. The key is to listen for elements of a track that sound the most compelling to you. Then identify when those qualities are clearly represented in the initial recording. After isolating the specific part of the recording you want, use sampling capabilities in your DAW to trim that part out of the larger recording. It’s especially important to trim rhythmic phrases precisely so they work with the tempo of your new track.

Below are some suggestions for finding that perfect phrase.

For Sampling as an Instrument:

Sampling as an instrument can be as straightforward as recording a simple tone and playing it chromatically. It also works for imaginative uses of recordings that don’t seem “musical” on the surface.

Below are some suggestions for finding “instruments” to sample and use in your music.

How to Use Samples

Now that the what, when, and why is out of the way, let’s dig into the how. Below are some initial considerations:

Once you are familiar with the inherent musical qualities of your sample, it’s time to create.

Start by experimenting with transforming it:

Effects are an obvious way to transform its sonic character:

Layering can also go a long way in creating a sound that is greater than the sum of its parts.

Amplitude envelopes are also worth experimenting with. This can be especially important in making things sound more organic and sit better in your mix.

The Art of Sampling

Sampling is a powerful creative tool that has been essential to the recording industry for decades. While critics have tried to dismiss it as theft, in reality it has broadened the horizons of sound. Music and humanity in general evolve through collaboration and expansion. We become by growing out of what came before. When sampling, you’re really learning how to rekindle the echoes of existence.

Lunacy Audio’s CUBE includes a powerful set of sampling capabilities and a massive set of unique sounds for you to tweak into something entirely new. Experimentation is the name of the game, and CUBE and its expansion packs are perfect tools to experiment with and learn how to use samples in your music. 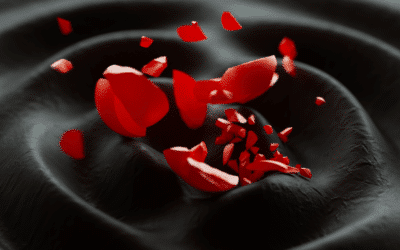 What’s a Synth Pad? The Lunatic’s Guide to Pads

Have you ever heard a song that you would describe as “sparse” or “empty”? Sometimes music can thrive off the space it creates. Other times, a song needs something to wrap everything together. That’s where a synth pad comes into play. It works to pad out an...